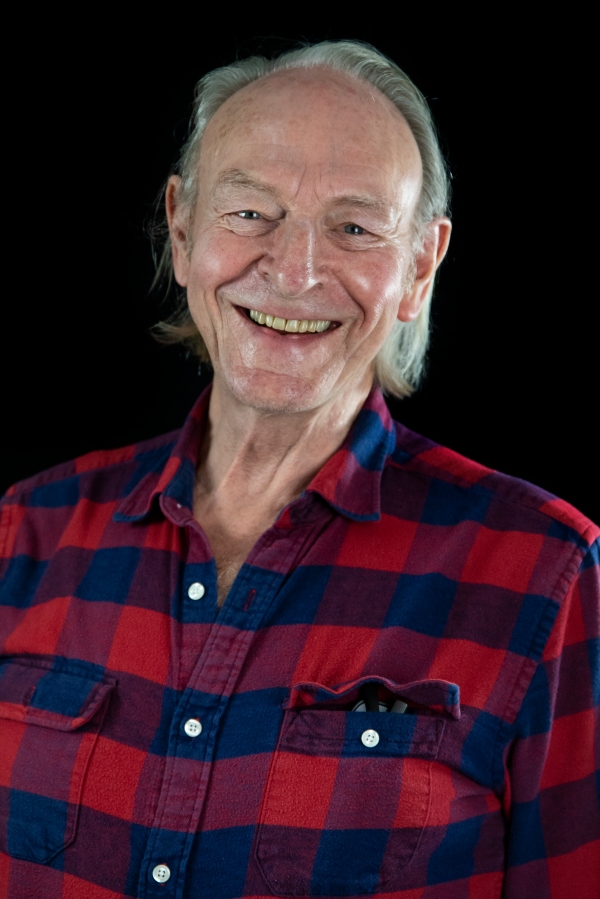 I was born in 1949 in Stornoway, in the Isle of Lewis in the Outer Hebrides. My mother was a Macloud, she had to learn English at school. My grandmother could only speak Gaelic.

My dad was a doctor and my mother was a nurse. They met in India around the time of Partition with Pakistan. They were moving around the refugee camps where smallpox was rife. My mother flew back to Stornoway to have me in a more secure environment. My father became a GP in Lincolnshire when I was little and I grew up there. I had two younger brothers, David and Allan. I have outlived them both.

There were only three children my age in the village school. The teacher didn’t really want us there because we were disruptive so we spent our time roaming around, causing trouble. When it came to the 11 Plus exam I’d done no preparation at all – I even had to borrow a pencil. I failed it, not surprisingly, and went to Ackworth, a Quaker boarding school near Pontefract.

I left there with three or four ‘O’ Levels, and got myself a flat in Boston, Lincolnshire, where I went to college. I can’t remember what I studied – I didn’t go a lot. I worked in a canning factory cooking peas and beans, and doing land work, picking brussels sprouts.

I had a girlfriend, Glynis, and we moved to London, to Notting Hill. I did a number of different jobs, including delivering wine to the rich folk of South Kensington. I’d go in and fill up their fridges with wine.

We moved back to Lincolnshire, and got married in 1973 in Boston. We had our two sons, Simon and Louis. I spent many years working in an engineering factory as a semi-skilled fitter. It was well paid enough to support the family, and life was fine.

I was a Transport & General Workers Union shop steward and I applied to go to the Trade Union College, Ruskin College, in Oxford. I had an interview with the Principle and he told me to go away and read some more books. My Trade Union got to hear about my application and arranged for me to meet the General Secretary of the TGWU Moss Evans, and after that I was accepted for a two year course in Labour Studies, so that was when we moved to Oxford. We had rented accommodation in a hostel on Iffley Road for unsupported mothers with children, where Glynis was the warden.

I completed my studies and did a degree course in Politics at Reading University as a mature student whilst Glynis did Sociology at Oxford Brooks. I could do most of my studying from Oxford as I had access to all the books in the Bodlean library. After that, I saw an advert for a job in the City Council as a Community Manager, which I did for 25 years, building community centres, and working with community groups.

Glynis and I got divorced, and in 2000, I moved to Stoke Talmage near Watlington. I wanted to go back to live in the countryside again, and I found this quite remote cottage with a local pub, The Red Lion, which unfortunately closed a few years later. My son Simon moved into the cottage next door to me for a while until he decided to live in Cambodia.

In 2008, the City Council went through a major staff restructuring process and eventually  they offered me voluntary redundancy, which I took. Since then I have just been doing a bit of casual work here and there. At the moment I’m doing a bit of occasional work as an extra in films and TV. It involves a lot of hanging around, but it’s good fun meeting different people from all walks of life.

I had a period of ill health, and my landlord doubled my rent which was a bit of a rough ride. I ended up qualifying for a flat in Old School Place in Watlington through South Oxfordshire Housing Association in 2014. I like Watlington, it suits me. I can go into Oxford on the bus, or into London on the bus and very much appreciate my bus pass. I also have a car as well. I just wish the buses were a bit more regular, particularly on a Sunday.

What I like about Watlington is that it is peaceful. It’s friendly, and I have a social base here as well as friends from my time at Stoke Talmage. I like the landscape and being able to walk into the local hills.

I was a Parish Councillor for a while, which I very much enjoyed. It opened my eyes to all the new homes that are planned and the difference between “social” housing and “affordable” housing. “Affordable” housing is not really very affordable, which concerns me. I felt more young people should be on the Council, rather than older people like me so I stood down.

I’ve always had an allotment wherever I could, and I have an allotment in Watlington. I like growing vegetables – all the classics really. I’m on the allotment committee now, and I volunteer at the Beacon Festival.

I also have the pleasure of having access to the local pubs, but it’s expensive at £4.50 a pint, so I started making my own beer. The trouble is you end up drinking more! I look forward to the reopening of the Carriers, to be renamed the Spire and Spoke I believe. I’m not sure what’s going on at the Memorial Club right now, but think that Watlington needs to keep all the social space it has.

Watlington Folk is a documentary project by photographer Nicola Schafer. Watlington is blessed with pretty buildings and beautiful countryside, however it is the people who live here that truly make the place. This project aims to capture that through a series of portraits of the people who live here together with their “Watlington Story”. For more information, please contact Nicola through her website http://www.nicolaschafer.co.uk

I live in Watlington with my partner, our two children and three chickens. I love our local shops, walking in our hills, and spending time on our allotment. I'm a founding member and co-chair of Watlington Climate Action Group and I work as a family and commercial photographer and film maker. View all posts by Nicola Schafer